In May 2009 Middlesbrough Freemasons represented by W. Bro. Harry Collier, Dundas Lodge and W. Bro. Barry Hill, Ferrum Lodge attended an Official ceremony to celebrate the restoration of the graves of Bolckow and Vaughan (referred to as the Founding fathers of Middlesbrough). 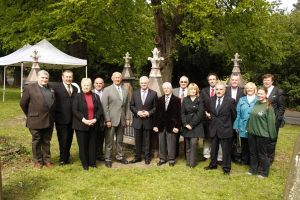 Also present was the Mayor of Middlesbrough, Ray Mallon and representatives of other organisations who had been involved in the project. Seven years ago the Freemasonry in the Community Committee for Middlesbrough Freemasons initiated (as one of its initiatives for the ‘Open week’ for Freemasonry across England in 2002) a feasibility study into Restoring the Graves.

A presentation board has been erected next to the graves and a leaflet produced which can be obtained from within the Church. Both carry the words ‘Middlesbrough Freemasons’ and the Square and Compass logo.
The restoration cost £41,400. The bulk of this came from Impetus Environmental Trust. Other funding came from Middlesbrough Council, four local Community Councils and two Middlesbrough Lodges: – Dundas Lodge No. No. 9770 and Ferrum Lodge No. 1848. 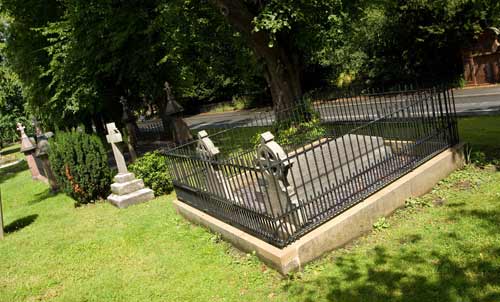