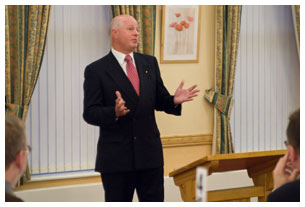 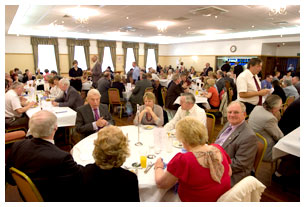 At a time when a number of Charities are seeing a drop in donations due to the economic downturn those fortunate enough to be invited to the Annual Charity Presentation evening held by the Middlesbrough Freemasons on Thursday 21st May 2009 were extremely lucky.

The Masonic Hall in Roman Road was the venue and the Freemasons gave £26,908 to 29 local Charities. The sum raised was from their own donations and fund raising initiatives during the last twelve months.
Examples of the events undertaken were the climbing ofthe three highest peaks in the United Kingdom in 24 hours,a Boxing Day dip in the North Sea and social evenings.
This was the eighth Annual Charity Presentation Evening. Over £100,000 has been donated to local Charities since these events began.