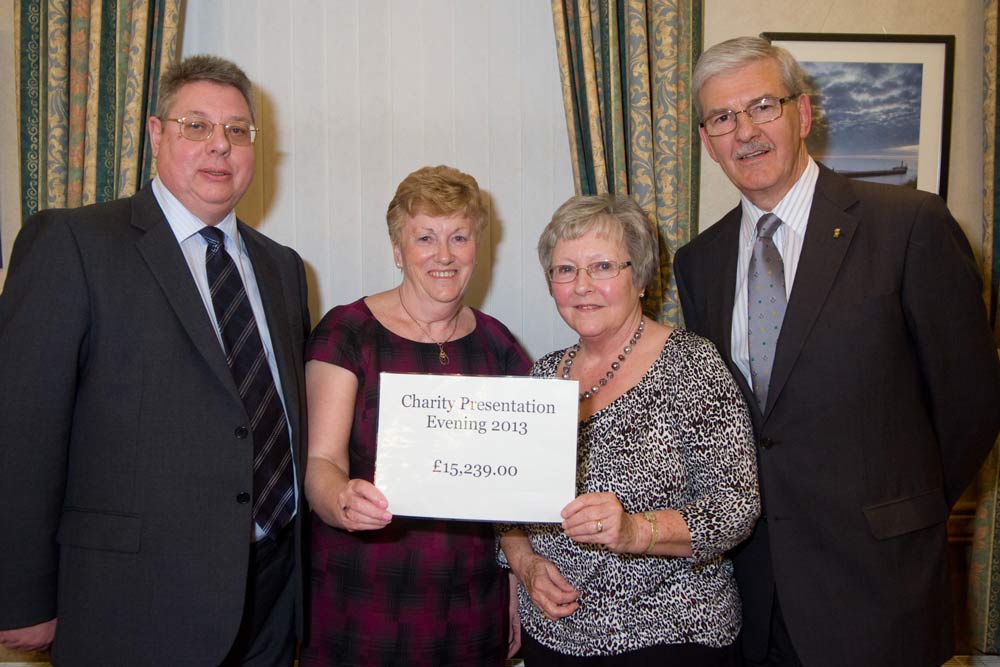 Jim and Janice Skelton along with Margaret and Malcolm Dabbs

At their 12th annual Charity Presentation Evening, representatives of numerous local charities were invited to Masonic Hall Middlesbrough to receive money raised on their behalf by the members of the Lodges.

Hosted again by Jim Skelton of the Freemasonry in the Community Committee the event was attended by over 100 people including the Assistant Provincial Grand Master, Malcolm Dabbs and his Wife Margaret.

” It was good to see some of the familiar charities in attendance, but even better to see that there were some new organisations receiving cheques.” said Malcolm
“I am always very happy to be surprised by the generosity of lodges on occasions such as this, in spite of the economic difficulties.
Middlesbrough Freemasons had also remembered the Provincial Grand Charity & the impending 2018 Festival for the Masonic Samaritan Fund”